E for Exponential Growth and Exit: Europe has great potential 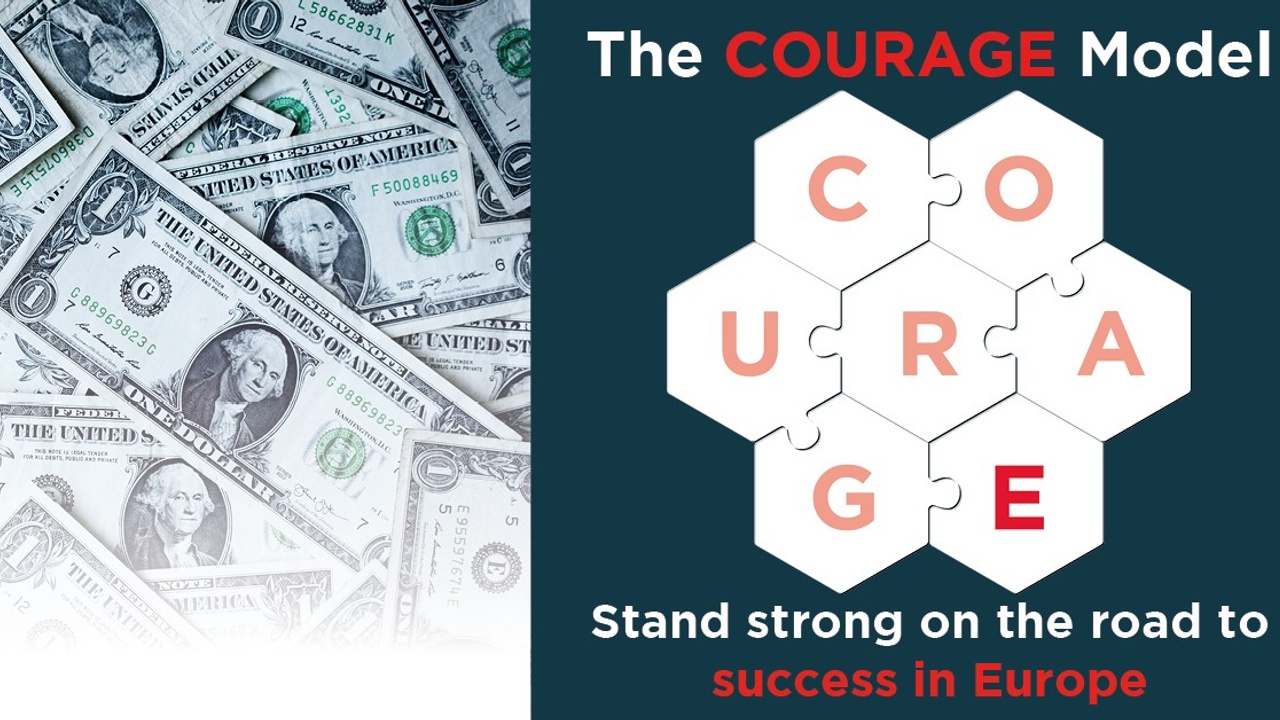 We have reached the last point in the COURAGE model - the encouraging conclusion. Because even though it may seem like a big mouthful to enter the European market, it can be worth it all - both financially, professionally and personally. You just have to dare to take the right steps along the way.

No matter what your motive is for you as an American company to enter the European market strategically, you are facing an exciting journey - especially when you have the courage to do it right from the start.

Why do you want to break into the European market?

Whatever your reason for breaking into the European market is, it is possible for you to get an extremely lucrative business. Whether your adventure is about moving on with your next entrepreneurial adventure, creating risk diversification and becoming even more interesting for the new generation of employees, or that you are a growth company that has utilized all its potential in the American market and is now looking for new growth...

G for Generate Relations: Network your way to local cheerleaders 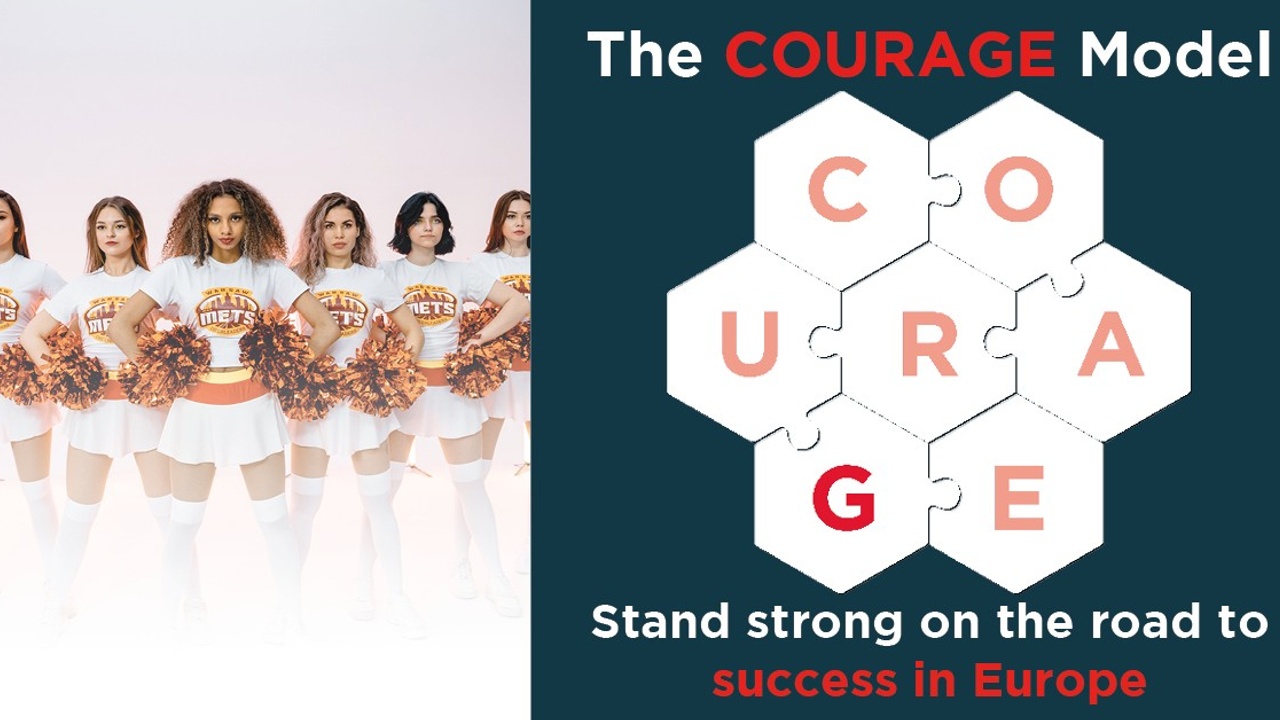 Spend time building and nurturing your network. Your relationships are the key to gaining and retaining customers and other business associates. And they can help you cut through the "red tape" you encounter on your way.

Many Europeans typically show up to a conference at the very last minute and leave as soon as it’s over to not "waste" more time than necessary. That's not the case in the US where people take the time before and after conferences to network with the other attendants.

You are not wasting time

Henrik Slipsager, a successful Danish businessman in the USA, said in an article in Børsen: “If you go home to the family every afternoon instead of going to dinner or playing golf with the business associates, you will not build the necessary trust and relationship between you and your customers and partners. One can be sure that the competitors are working hard with the so-called relationship management. If you do not build relationships, you will be...

A for Around the Clock: We are ready with help 24/7 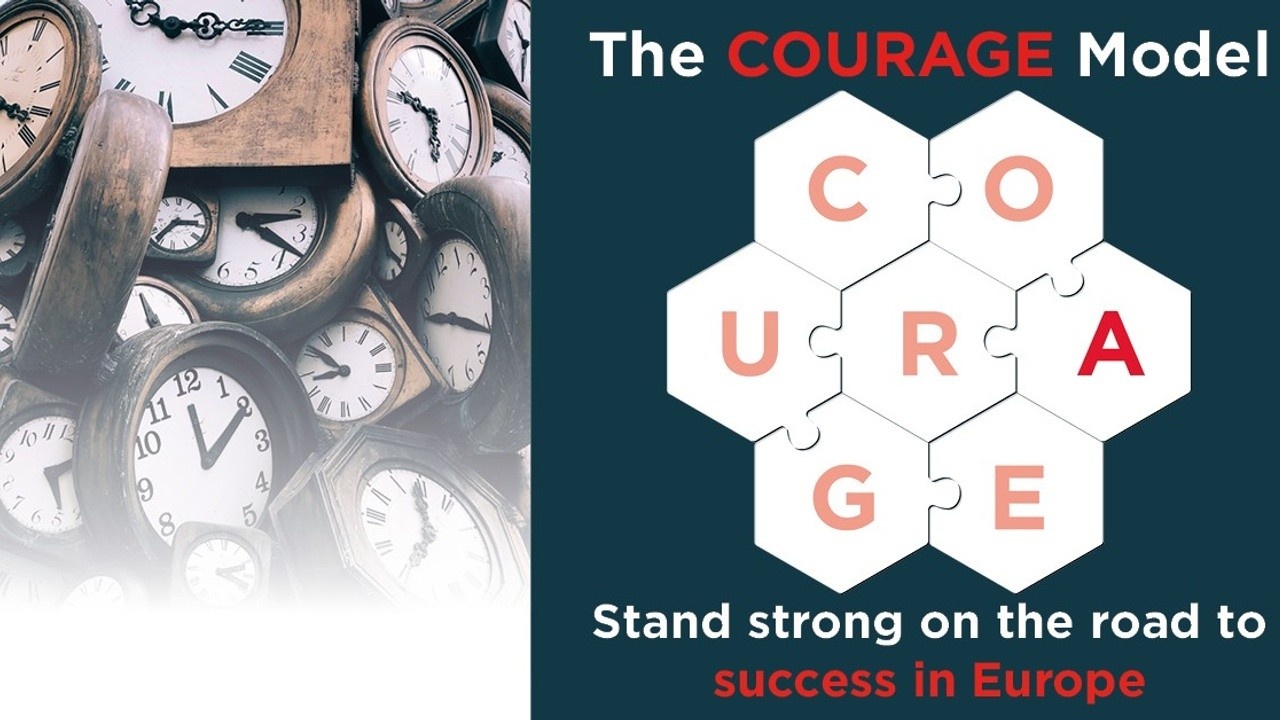 This is how I have heard many American companies market themselves. But the fact is that having three time zones across Europe and with up to ten hours between you and your customer really is not that simple. You have to be ready around the clock to give your customers the best service.

"The customer comes first". This is a saying in both the US and in Europe. Your customers, therefore, expect a quick and helpful response from you.

When you go home, they go to work

At best, you have a five-hour time difference - in the most challenging cases, it's up to ten. No matter what areas of Europe you export to, inquiries will be made outside of your normal business hours.

In order to live up to your desire to be ready with help 24/7, you will therefore need to find another solution for your customer service. This can, for example, be in the form of outsourcing or digital solutions.

Get control of your first-line support

As the customer dialogue increasingly is moving to social media... 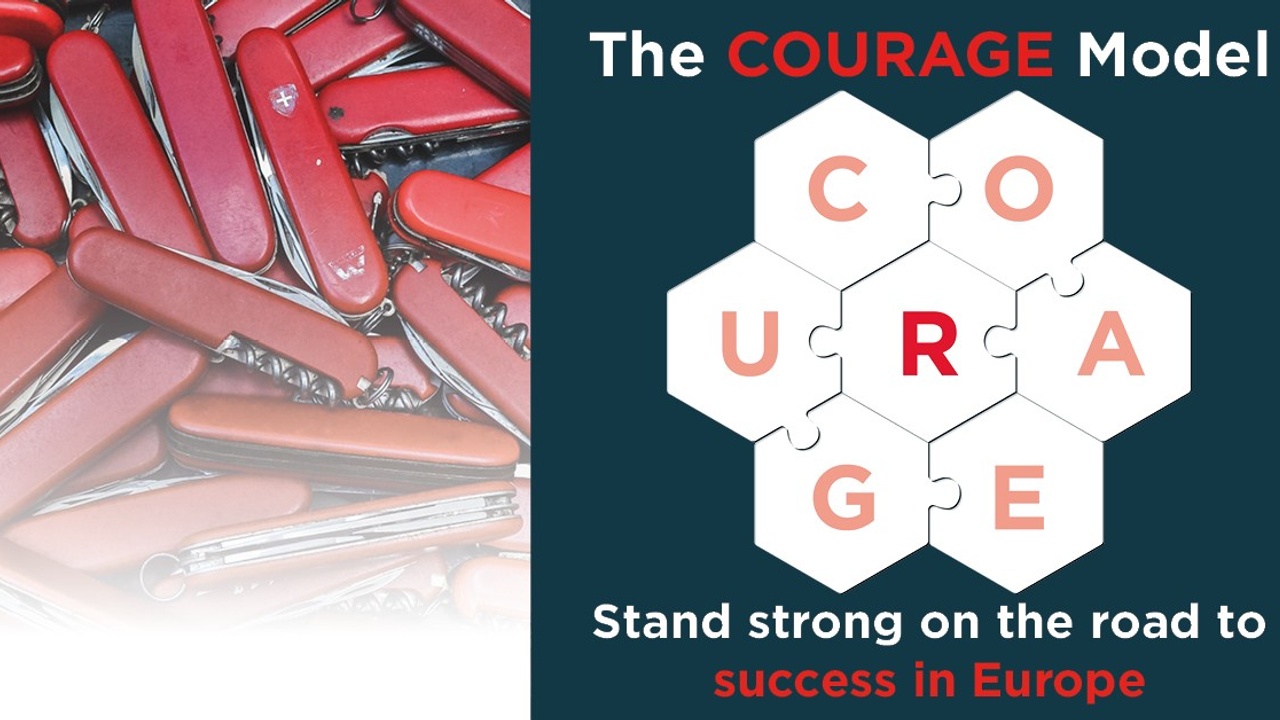 To be successful in the European market, you need to invest in the right people and the right setup. And you must dare to think long-term.

It's about people. You must dream big and choose your A-team.

Use your knowledge from your concept test, where your potential customers have told you where they expect to be able to buy your product.

Read more about concept testing in the blog post: O For Obsessed with local market: No - you should not export to Europe.

Now you need to find distributors who can reach these end customers through the right channels. But before you get too caught up in making deals in the US market, you must think ahead. You need to look at where you expect your organization to be in three to five years and plan accordingly.

For example, if you expect...

U for Unfold Cultural Differences: Be unpretentious, but dream big 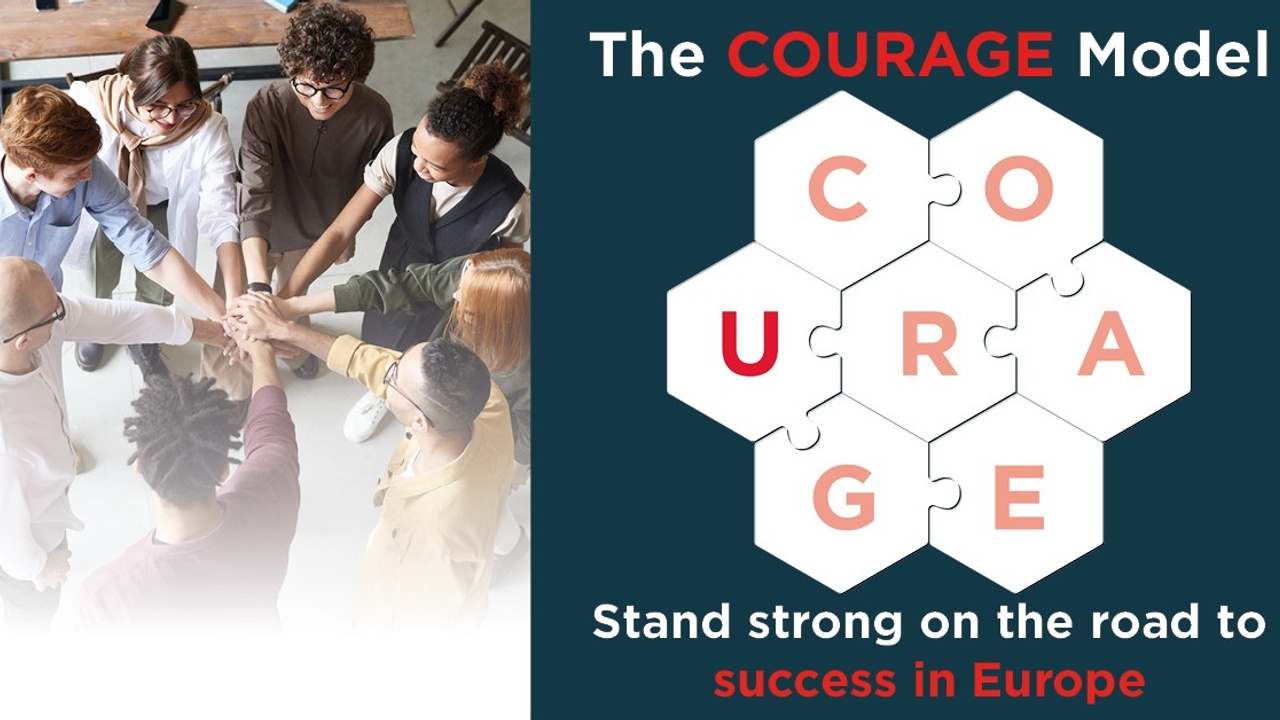 When you go to Europe, it is important that you respect the culture and try to understand their view of the world. At the same time, you must dare to dream and stand by your product and your company.

In the first two steps of the COURAGE model, you have gotten to know your customers and the European market. Based on both elements, we now reach the; U – Unfold cultural differences - where you start to act on your knowledge in the right way.

When you enter the European market strategically, you must, among other things, be aware of the difference in cultures. The importance of hierarchy is one of the things you will most likely consider to be one of the biggest differences in the corporate world between Europe and the US. In Europe, hierarchies are more diverse. In fact, in some European countries, there are basically no hierarchies. In the United States, there is a tendency, even in smaller companies, that a certain degree of hierarchy exists,...

O for Obsessed with local markets: No – you should not export to Europe 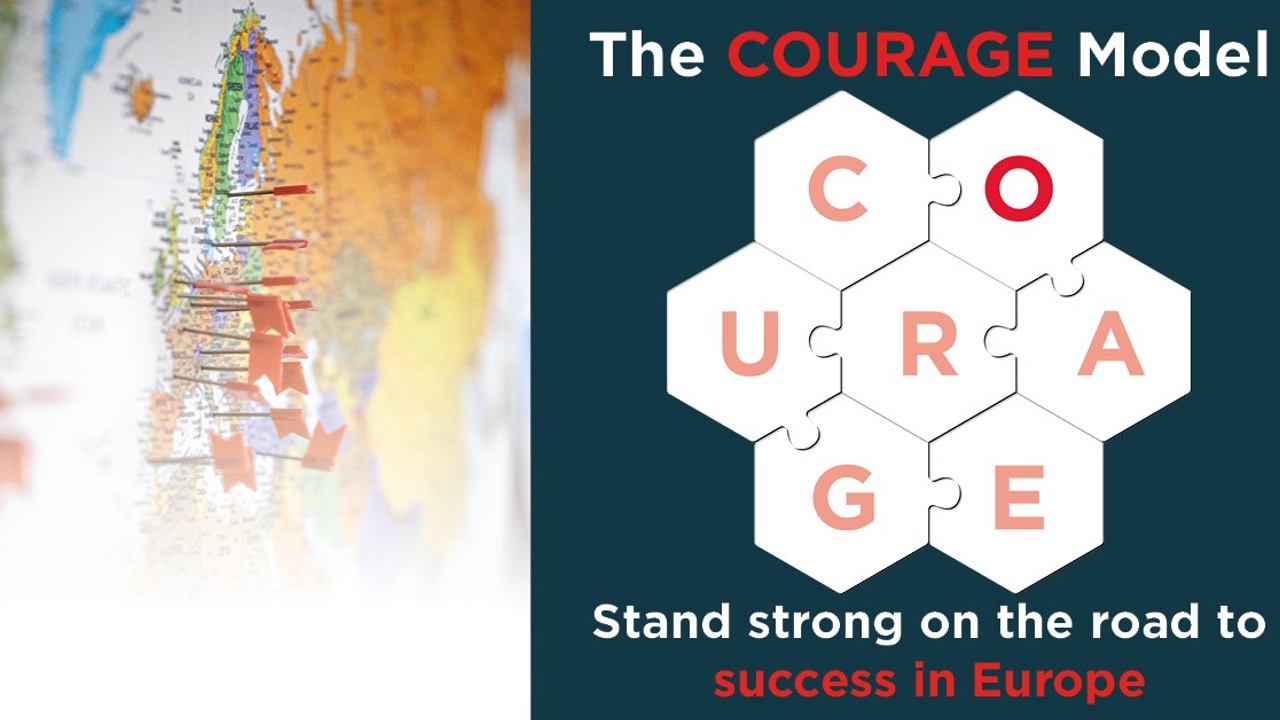 O for Obsessed with local markets: No – you should not export to Europe

This will largely be equivalent to you wanting to export to the entire US at once. Therefore, do not look at Europe as one market, but instead try to understand the parts of the market that are relevant to you and your business.

When I say you should not export to Europe, I of course say that with a wink. Because, of course, you have to export to Europe - you just can’t see it as one market. Instead, you must divide Europe into segments – local markets. With a population of around 750 million people (depending on which countries you count as Europe) spread across an area similar to the size of the US, even a small niche in Europe has great potential for many American companies.

But before we move on, we need to talk about geography. 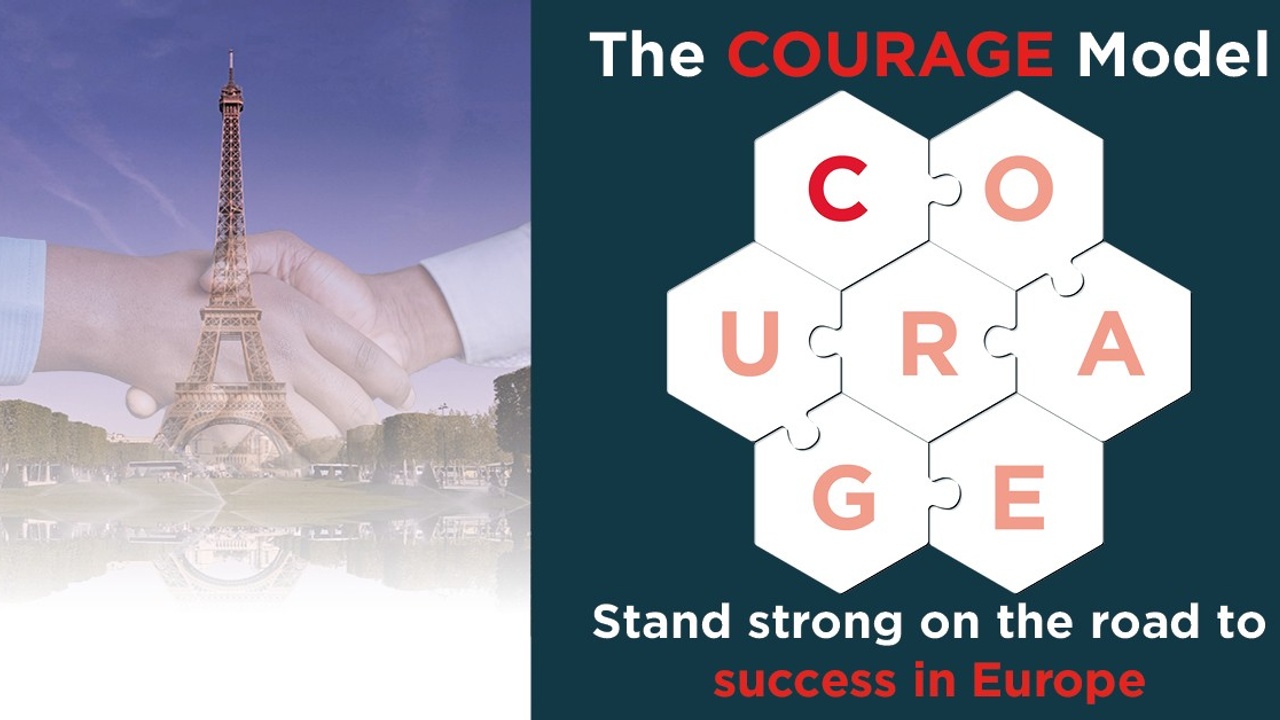 If you want to break through with exports to Europe, you need to know your European customer. While Americans tend to have an "If it ain't broke, why fix it?" mindset, Europeans tend to strive to improve and adjust. Europeans are always tweaking and figuring out how they can do things better tomorrow than they did yesterday, even if there is no real (financial) driver behind the change. This matters to your strategic decisions when choosing to export to Europe.

You probably have a great product of the highest quality on virtually all parameters. A product that suits your American target group and which you believe will fit well with a European target group as well.

You may be tempted to ask me the question: "Charlotte, can you help us find a distributor in Europe?". I have been asked this question quite a few times, and my answer is usually "no" - of course followed by an explanation.

The COURAGE model: Start with the customer

There are definitely retailers and distributors for your...

Publishing my Book - The Journey

I just published my book "Export Across the Pond" and I want to take you behind the scenes and share the journey that started with a blank sheet of paper early July. I've received a lot of curious questions as to the process that enabled me to publish the book in just four months.

First I outlined the target audience and my key messages. Then I started creating the structure for the content of the book. I took a lot of notes and went back to my many webinars to add to my notes as I was preparing to record the content as this is the format used my amazing book coach Malene Bendtsen.

Then we worked on the cover page and the designer made a lot fo great suggestions and made it hard for me to make a choice as they all conveyed my message. But I liked the flying box and we continued to build on that image and after a few itteriations we settled on the design in the final version. And then the book is ready - and available on...

Øget digitalisering skal bane vejen for danske SMV’er i USA 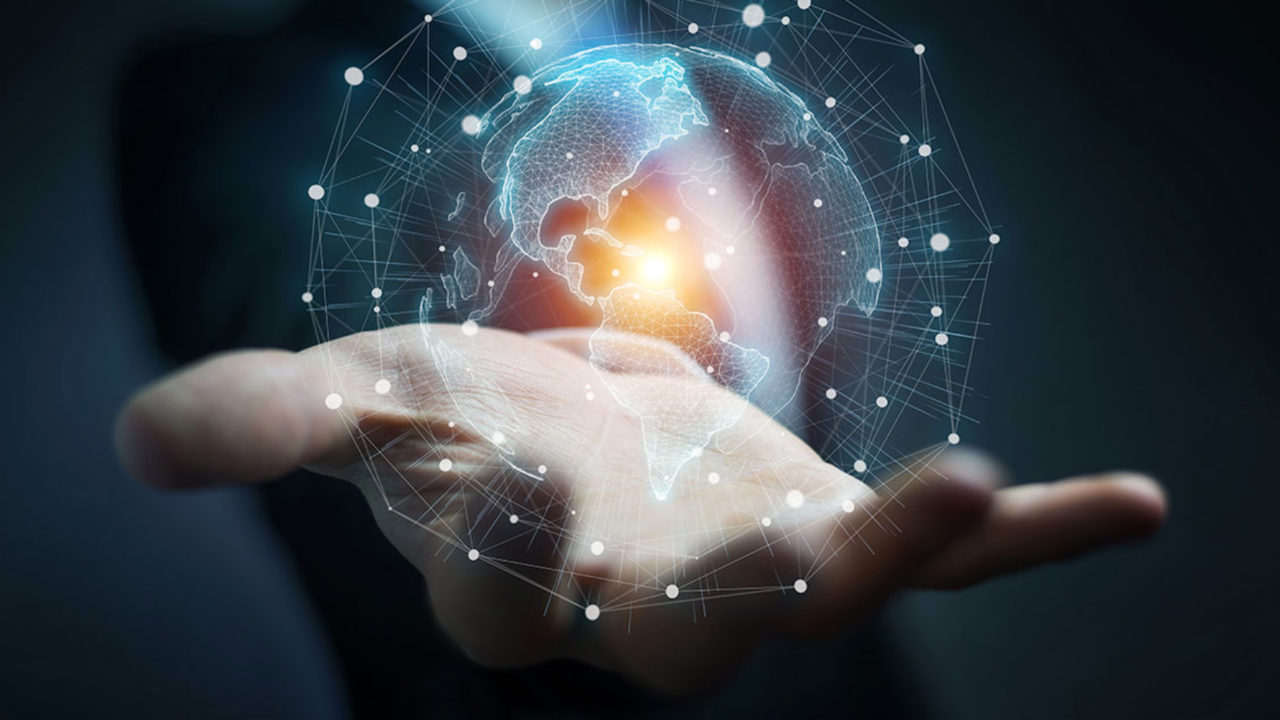